The Aether and the Electric Sea


The Connection Between Gravity and Light


The Speed of Light


SPINTRONICS, secret world of magnets, the most thorough work on the double helix theory of the magnetic field (double helix of the telluric currents): lumea secreta a magnetilor

In Part I of his 1861 paper, Maxwell proposed the existence of a sea of
molecular vortices which are composed of a fluid-like aether, whereas in
Part III, he deals with the elastic solid that these molecular vortices
collectively form. Maxwell’s third equation is derived hydrodynamically,
and it appeared as equation (9) in Part I,

Once we realize that the vector A and the vector J are in fact one and the
same thing, it becomes clear that the two curl equations, (B) and (C), are
jointly pointing us to an aethereal sea in which closed solenoidal circuits
of magnetic lines of force are interlocked with closed solenoidal circuits
of electric current ‡. Part III of Maxwell’s 1861 paper deals with the
elasticity of the medium for the propagation of light and the physical
nature of the electric displacement that is involved in the electromagnetic
wave propagation mechanism within this medium. At the beginning of
Part III, Maxwell says “In the first part of this paper I have shown how
the forces acting between magnets, electric currents, and matter
capable of magnetic induction may be accounted for on the hypothesis
of the magnetic field being occupied with innumerable vortices of
revolving matter, their axes coinciding with the direction of the
magnetic force at every point of the field. The centrifugal force of these
vortices produces pressures distributed in such a way that the final
effect is a force identical in direction and magnitude with that which we
observe.” The magnetic intensity H therefore represents an angular
momentum or a vorticity.

Maxwell further says
in the same part “I conceived the rotating matter to be the substance of
certain cells, divided from each other by cell-walls composed of
particles which are very small compared with the cells, and that it is by
the motions of these particles, and their tangential action on the
substance in the cells, that the rotation is communicated from one cell
to another.”

It would seem that Maxwell was careless with his negative signs. In part III of his
1861 paper, he introduces the displacement equation (105) with a negative sign. If he
had been thinking in terms of the simple harmonic motion equation, weighted for
electrical particles, then the negative sign would indeed be correct. However Maxwell
was not considering the equation of simple harmonic motion. He was considering the
maximum displacement associated with a given applied electric field.

He carried this error over to his 1864 paper even though he corrected the displacement
equation [E] by introducing a plus sign.

The first of the three terms on the right hand side, μv×H, is the compound centrifugal force (Coriolis
force) that acts on an element moving with velocity v in a magnetic field.
The solenoidal alignment of the tiny vortices causes a differential
centrifugal pressure to act on either side of the element when it is moving
at right angles to the rotation axes of the vortices, and this causes a
deflection in the path of motion.

We can therefore deduce that Maxwell’s displacement current was ideally
supposed to be connected with a fine-grained angular displacement in the
tiny molecular vortices. The second term, −∂A/∂t, just like the first term,
μv×H, also represents a centrifugal pressure, but in this case the pressure
is transmitted by angular acceleration through the sea of tiny vortices in
the form of electromagnetic radiation.

Equations [A], [B], [D], [E], [F], and [H], would not normally appear in a modern
day set of Maxwell’s equations. A modern textbook would combine equation [A] with
equation [C] as per equation (112) in part III of the 1861 paper, and the combination
would be referred to as the Maxwell’s displacement current equation. In a modern day
textbook, the addition of Maxwell’s displacement current to equation [C] would not
be explained in terms of total electric current as per Maxwell’s 1861 derivation, but
rather in terms of adding on an extra term to Ampčre’s circuital law, in order to retain
the solenoidal nature of electric current in a capacitor circuit.

Modern day sets of Maxwell’s equations therefore only contain three of the original
set, with two of these having been amalgamated into one.

James Clerk-Maxwell is credited with having brought electricity, magnetism,
and optical phenomena, together into one unified theory. The details of what exactly he
did were however seriously distorted in twentieth century physics textbooks. Maxwell is
most famous in connection with a set of equations which bear his name, but these
equations have been totally removed from the physical context within which Maxwell
was working, and outside of that physical context the full meaning of these equations is
lost. Maxwell was working within the context of a sea of tiny aethereal vortices pressing
against each other with centrifugal force. The centrifugal force bit was crucial for
explaining magnetic repulsion, yet both centrifugal force and aether are stringently
denied by modern physicists who nevertheless continue to hail Maxwell for the
equations that he derived by using these very concepts which they deny. 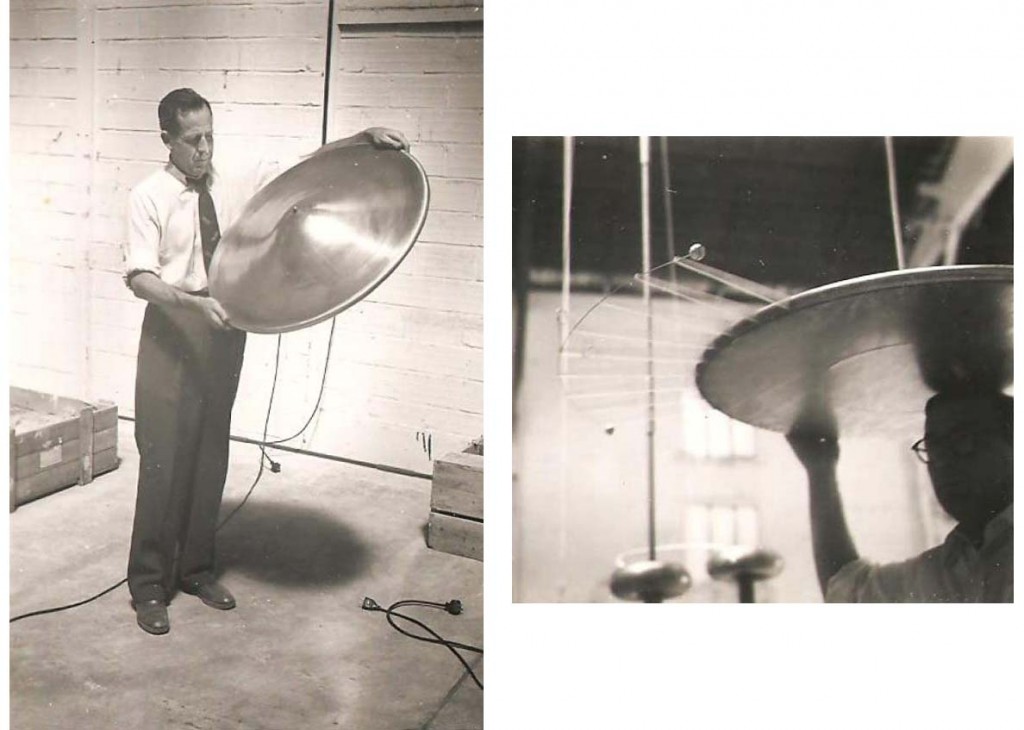 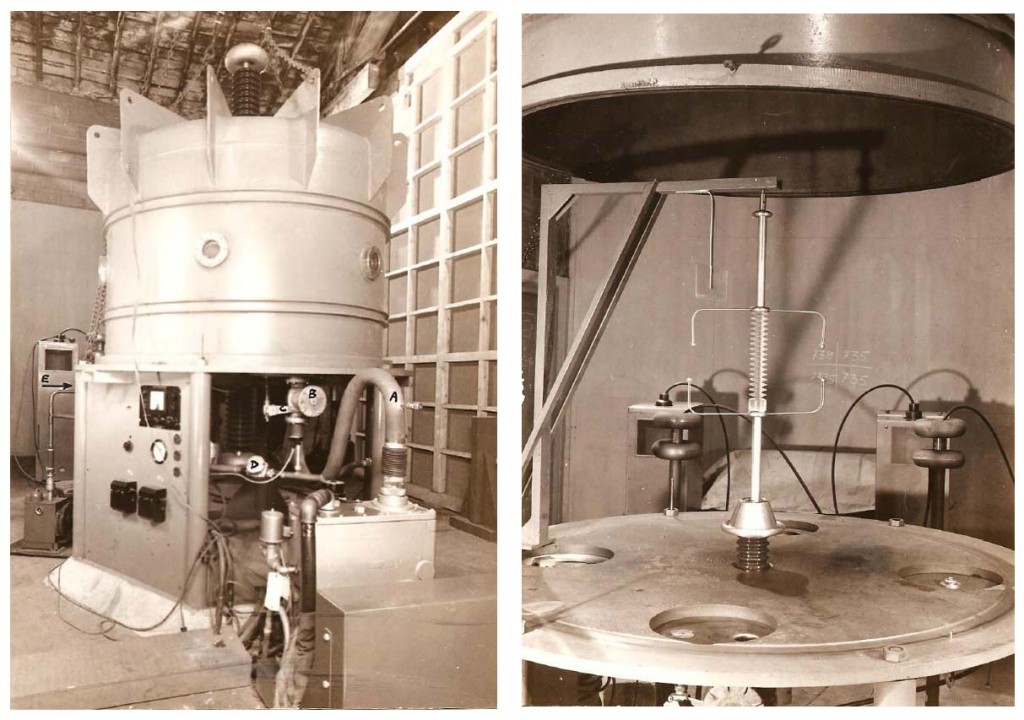 These vacuum chamber experiments were a decisive milestone in that they demonstrated beyond a doubt that electrogravitic propulsion was a real physical phenomenon.

These tests have been performed in the NASA NSSTC LEEIF vacuum chamber at the Marshall Space Flight Center in Huntsville (Alabama).
The vacuum is a High Vacuum at 1.72 x 10^-6 Torr, this is equal of vacuum space conditions at about 350 km far from the earth ground. For information, flying at an altitude of 100 km is equal to a space flight...
In the video of the tests, two asymmetrical capacitors are mounted on a rotating arm with a torsion wire used as a rotational axis.
A potential difference between the wire and the main armature of the asymmetrical capacitor is slowly increased from 0 to +45 KV.

This experiment is very interesting and shows definitely that a force is produced on asymmetrical capacitors when a High Voltage of +45KV is applied between their armatures in a High Vacuum ( 1.72 x 10^-6 Torr ).

It was decided that the next step was to make tests in a big vacuum chamber. Dr. Brown again sent us designs for the construction of a large vacuum chamber and test apparatus.

As this phase of the project was undertaken my company was merged into another company. During this turbulent period of the merger we were able, with difficulty, to continue and complete the construction of the large vacuum chamber, though moved to a less hospitable location. The president of my company, now the president of the new merged company, Sud-Aviation, decided not to continue the experiments but to pass them along to another company S.N.E.C.M.A. (Société Nationale d'Étude et de Construction de Moteurs d'Aviation) that was more specialized in this type of research.


The team made some hasty tests before having the project shut down for delivery of the vacuum chamber to the new company. The Final Report for the Projet Mongolfier, April 15, 1959, outlined these five tests confirming, as in the prior tests, that there was a definable force.

When the DISK SHAPED CAPACITOR WAS USED, the total deviation/movement was A FULL 30 DEGREES (deviation totale du systeme 30 degre).

The Final Report for the Projet Mongolfier, April 15, 1959, outlined these five tests confirming, as in the prior tests, that there was a definable force. 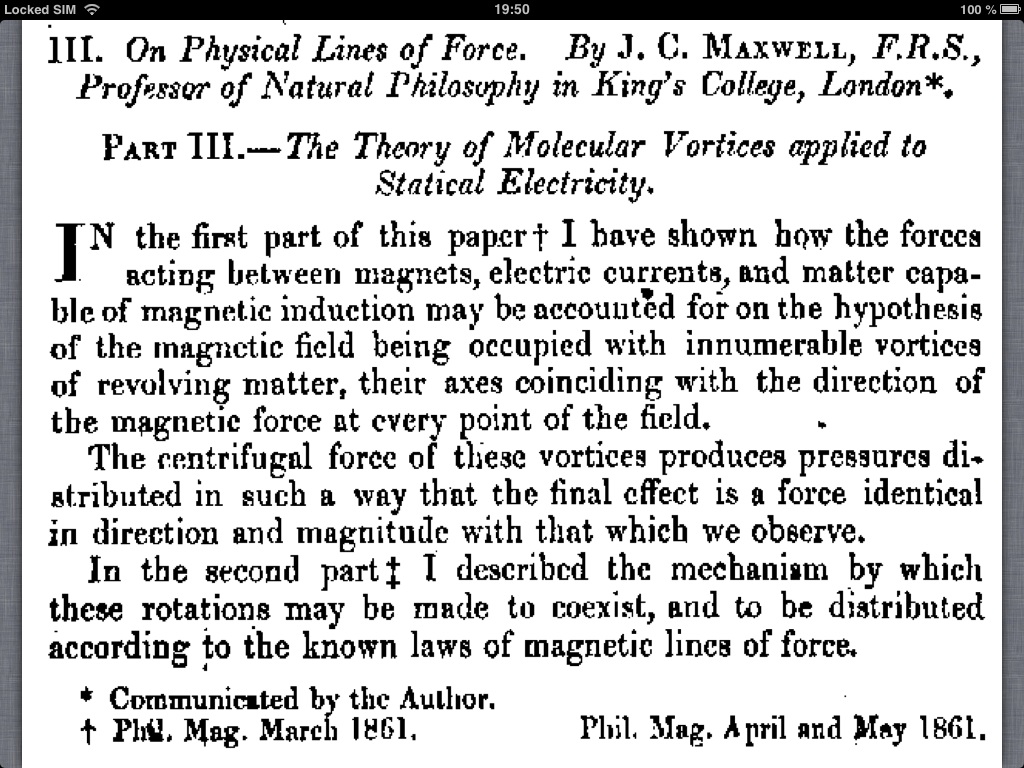 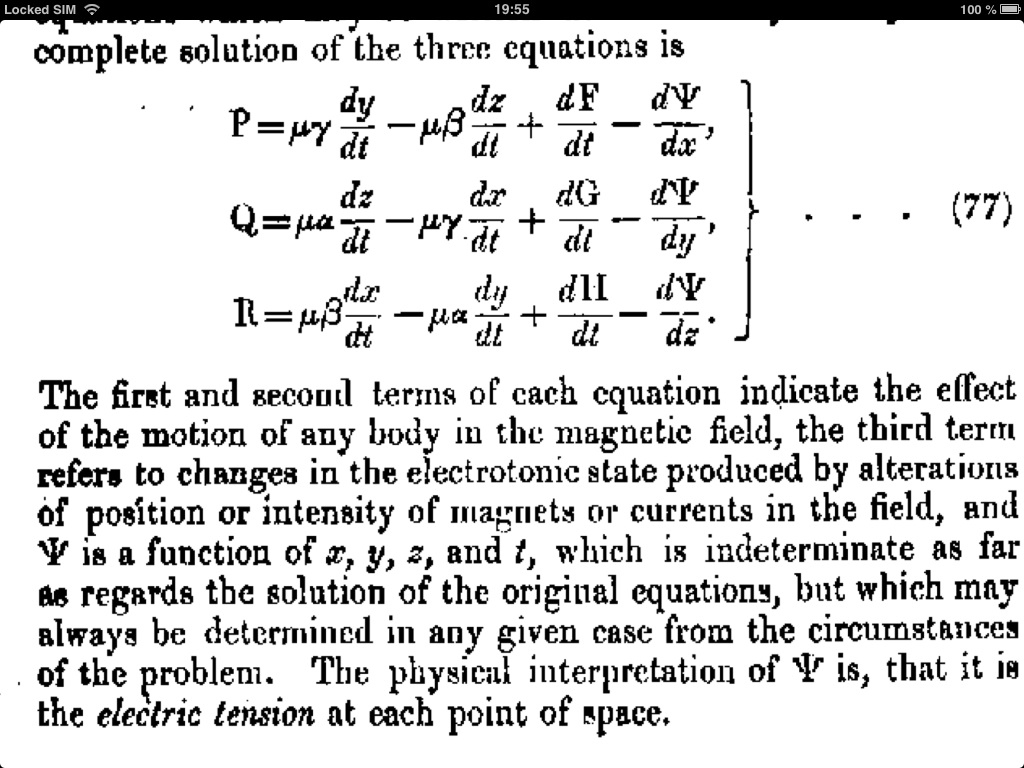 Maxwell:
On physical lines of forces. The theory of molecular vortices... 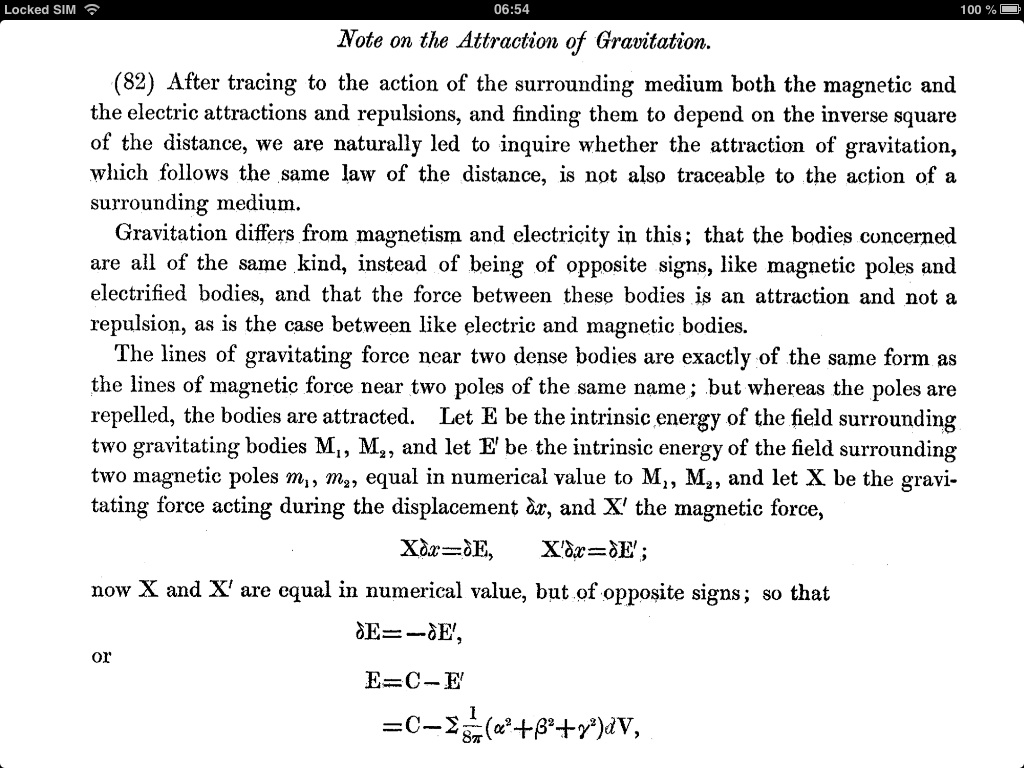 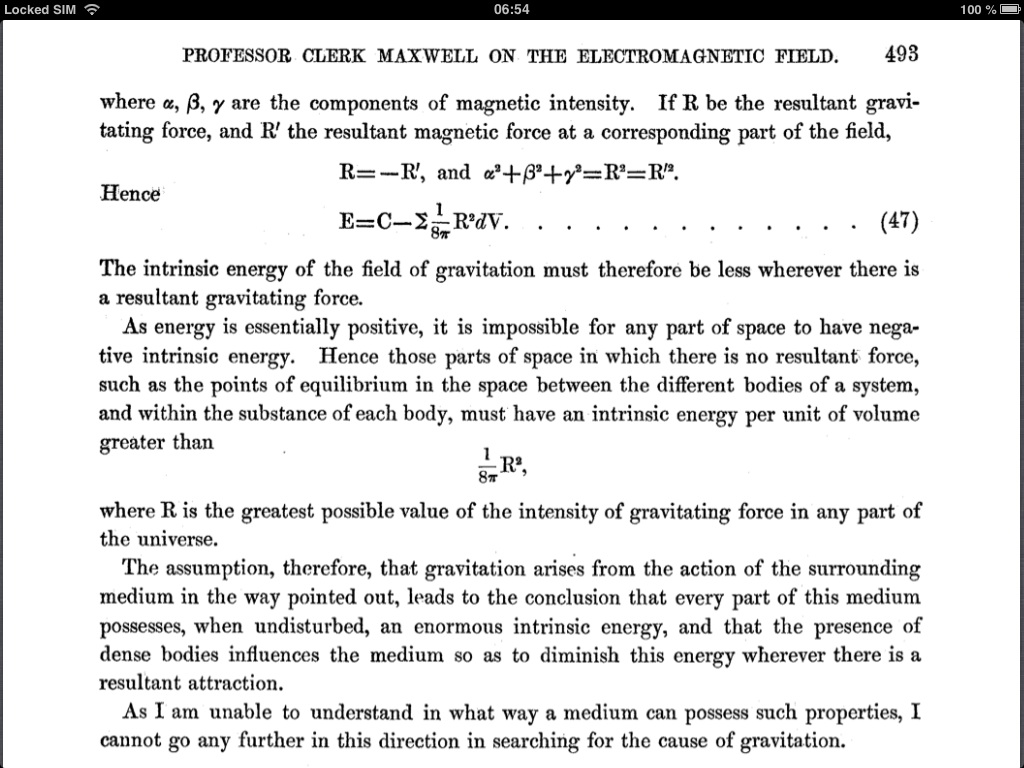 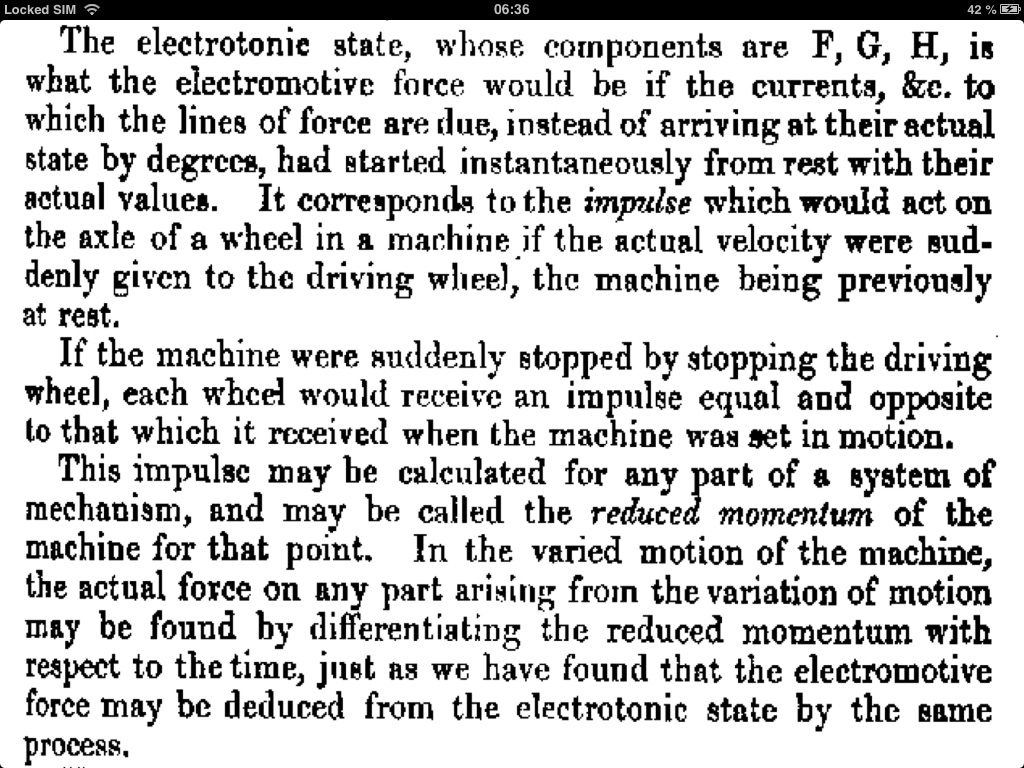